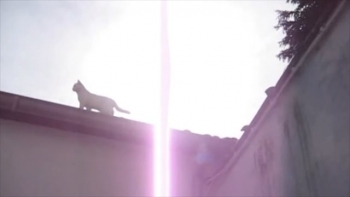 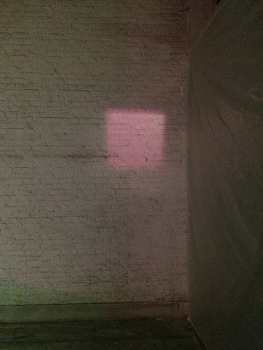 "the violet ray" is a science-fiction novel in progress
the script falls inside wormhole, autism and circular thinking
it is set in a disant point of space
in the system "amen", on the moon "viola"
evn and dragor fled from makkash in search of a legend buried under the ice
a young person dreams, and his dreams refer to an irradiated blue planet

this scenario inspired this double composition for a double sound installation at the Atoma space during the sf festival "péridion".

one piece is diffused through the remains of a large air duct illuminated from the inside by a violet ray, and the other through a small tube placed on the floor

in parallel a video was projected
the frame of the image is crossed by a ray due to an optical effect on the camera, but strangely the filmed cat seems to take it into account
so I transformed this accidental ray into a wormhole, a shortcut or a fold to travel in space-time

I also played on the sound landscape of the installationduring during a performance for theremin, voice, modular phone and junk